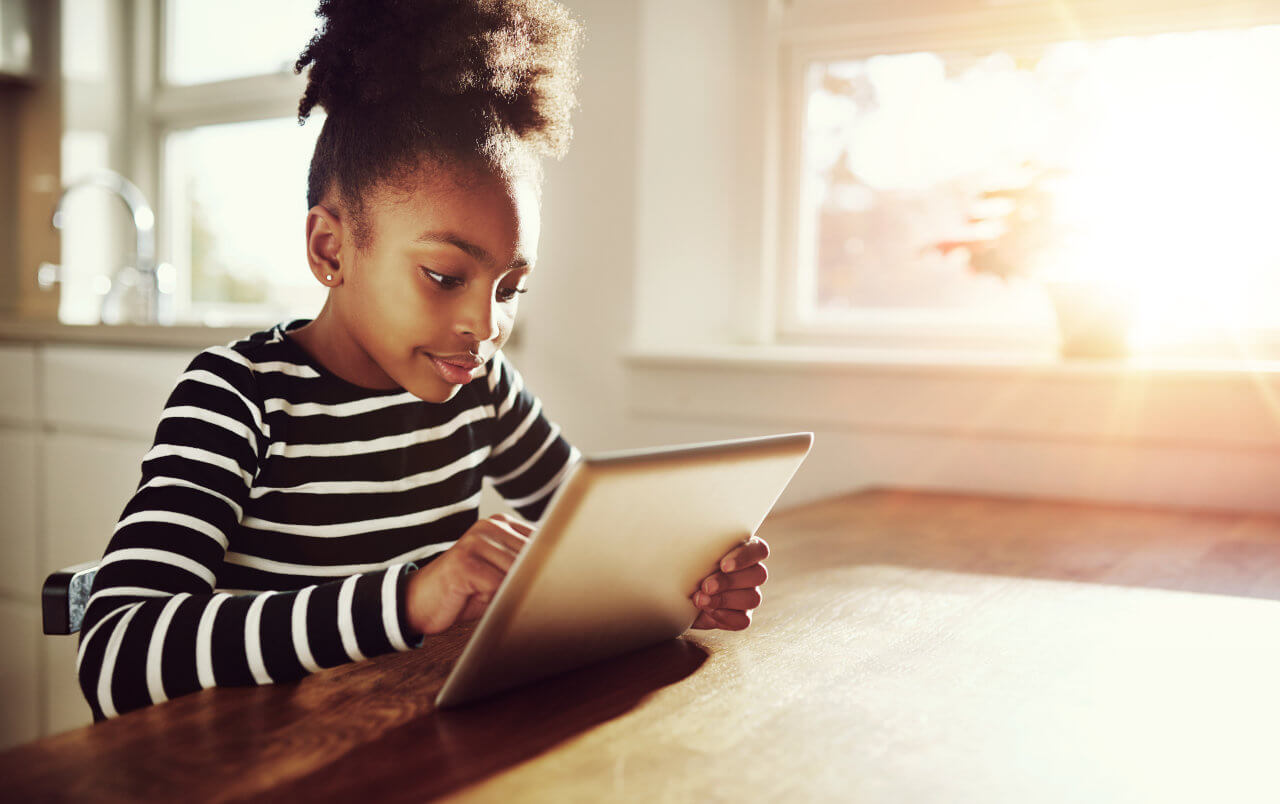 When I had my first daughter, I was dead-set on limiting screen time. She was going to want to color instead of watch TV, read books instead of play on her tablet, stare mindlessly outside the window instead of scroll through my phone.

Two kids later, I still laugh at my naiveté. I have yet to meet a small child that doesn’t love a screen in their hand.

In theory, I knew it’d be hard to limit screen time. I played on my own phone hours a day sometimes!

But, I had no idea how hard it would be. And I definitely didn’t realize how hard mothering would be – and how easy it’d be to let those screens give me an escape when I was just so tired of doing all of the things.

Any discussion of mothering and screen time should be prefaced with this:

Really, there’s a million different sometimes that might mean you need a break.

Mothering is one big lifetime of choices and sometimes, you’re allowed to choose to use the screen.

I know there are rules, but what are they?

While you may appreciate someone giving you the freedom to take a break when you need one, you probably also know that they are some general recommendations and rules that parents are encouraged to follow related to screen time.

The American Academy of Pediatrics (AAP) is most parents’ go-to resource for rules concerning the ins and outs of raising littles. The most recent update to the AAP’s media recommendations occurred in 2016.

There are six guiding suggestions and recommendations:18 MONTHS: AVOID all use of screen media, with the exception of video chatting (Yes, please! Grandma needs to see that sweet baby on Facetime).

18 – 24 MONTHS: This should be a season of introducing screen media to your children. There is no specific length of viewing recommendations. Choose “high-quality,” age-appropriate programming (probably not Grey’s Anatomy) and watch with your children, helping them understand what they are seeing and hearing.

2 – 5 YEARS: In these years, screen time should be limited to one hour per day of “high-quality” programming. The AAP continues to encourage parents to watch with their children, working on applying what they are seeing to the world around them

6+ YEARS: The AAP has no specific time recommendation for the ages of 6+. However, they do encourage consistency related to the time you allow them to spend (just say “no” to Netflix binging) and types of media you allow your child to engage in. Do not let media time replace essential healthy behaviors like sleep and physical activity!

DESIGNATE MEDIA FREE TIMES: Raise your hand if you love this recommendation (I raise my hand)! The AAP recommends media free times and locations, like the dinner table, the bedroom, or the car. Families, it’s time to talk to each other again!

COMMUNICATE MEDIA USAGE RULES: In this age of social media, do not skip this recommendation. The AAP encourages caretakers to have ongoing conversations with their littles concerning media citizenship, safety, and respect.

I’d suggest that this recommendation really might be the most important one.

If you’ve spent time around littles, then you likely know that there is a big divide between knowing the rules and following the rules.

You probably laughed at me when I mentioned my belief that my daughters would choose to stare out the window rather than watch their tablet. And you just may be reading this because you have no idea how make any of the AAP recommendations actually work.

If you’re pulling your hair out (or long ago stopped fighting the screen time battle), you are not alone. You’re kids aren’t the only ones revolting at the first hint of screen time limits. And, I’m going to guess that consistently trying some of these tips may bring unexpected peace into your home.

Managing media with young children is hard. All of us, regardless of age, have nearly unlimited options of media to engage with, available 24/7.

Include your children in the conversations and decisions you’re making regarding screen time. Model healthy behaviors with your own phone, laptop, or television.

And give yourself some grace. If you’re finding the screen time dilemma especially challenging, guess what? So are the rest of us.

Lo is a labor RN who left her patients for her own babies when her first baby girl was born. She lives in Denver with her husband and two daughters, mom-ing, writing and (maybe) figuring it out. You can follow her mama heart on Instagram @lomansfield