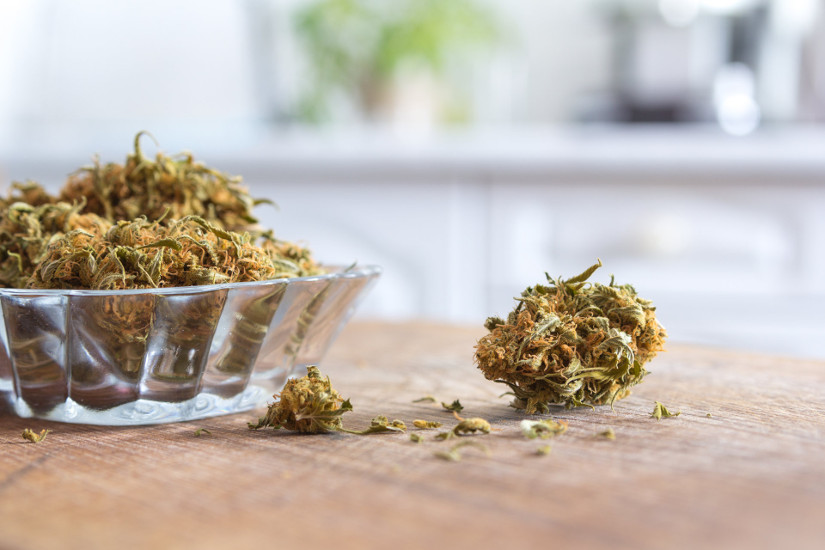 Is It Safe to Smoke Weed While Breastfeeding?

Or should you wait until baby is weened first?
Total
4
Shares
4
0
0

You diligently took your prenatal vitamin, avoided alcohol and your favorite sushi place, and did the cat-cow yoga pose until you swore you were turning into either animal or both.

Now baby is here, healthy and happy, so you may be wondering if it’s OK to throw on some Bob Marley and partake in recreational marijuana use.

If you are breastfeeding your baby (and even if you are not!), it is advised that marijuana still be avoided.

The research… or lack thereof.

Marijuana aka pot, dope, grass, Mary Jane, etc. is now legal in four states and the District of Columbia, and is on the ballot this fall for an additional five states, but the push to legalize, as well as its medicinal use, does not necessarily equate with its safety.

Unfortunately, little research has been done on the direct effects of marijuana use while breastfeeding. But animal studies have proven that the drug’s chemical—delta-9-tetrahydrocannabinol or THC—is passed to the baby through breast milk, and is rapidly absorbed and stored in the body’s fat deposits.

Additionally, THC can be detected up to 28 days after use by regular smokers. Marijuana may also affect milk production as well as baby’s ability to suckle.

Babies exposed to marijuana can exhibit slower developmental growth due to the lethargy-inducing effects of the drug.  And because babies are physically smaller than adults, they are more vulnerable to chemical and toxins.

The reason people worry about THC and cannabis is it works through receptors in the brain that are important for neural development. So, using cannabis during the time that your baby’s brain is undergoing rapid growth…is what makes us concerned.”

The American Academy of Pediatrics advises against the use of marijuana during pregnancy and while breastfeeding: “Street drugs such as PCP (phencyclidine), cocaine, and cannabis can be detected in human milk, and their use by breastfeeding mothers is of concern, particularly with regard to the infant’s long-term neurobehavioral development and thus are contraindicated.”

Smoking marijuana around a baby exposes her to dangerous substances through second-hand smoke, which can often contain additional harmful ingredients since street drugs are rarely pure.

And like cigarette smoke, marijuana smoke increases the risk of SIDS or sudden infant death syndrome.

Marijuana use can also impact one’s judgement and ability to care for a baby. A roll off the changing table or a fall down the stairs become a lot more probable when mom is not sober.

Breastfeeding is highly beneficial to baby, but expert Thomas Hale, a pharmacologist and director of the Infant Risk Center at Texas Tech University School of Medicine, recommends that mothers who wish to continue their marijuana use do not breastfeed baby.

Hale, the author of the preeminent guide to breastfeeding and drug use, Medications and Mothers’ Milk, does not believe that the benefits outweigh the possible risks.

“The detrimental effects could be real and could be recognized later on and it could produce long-term damage in the baby.”

Her research on marijuana use and breastfeeding proves that the benefits of breastfeeding outweigh the risks. She believes that mothers who chose to smoke occasionally should not give up breastfeeding.

“Puccio found what she characterizes as a clear overstatement of risk on Hale’s part. While the article [Effects of Marijuana on the Fetus and Breastfeeding Infants by Thomas Hale, et al, Infant Risk Center; cites a number of studies regarding cannabis use during pregnancy, it cites only two on cannabis use during lactation: one conducted with 27 women, and another with 16 women.”

She was also disheartened to find that his studies were often outdated or unsupportive of his claims.

“So let’s get to the point, let’s roll another joint…” or not.

Beyond the stigma faced by mothers who chose to breastfeed and smoke marijuana are the very real consequences that they could face jail time or abuse charges.

This is true even in states where marijuana is legal. “Many child protection agencies and state health organizations still consider exposing infants to THC, no matter how trace the amount, to be abuse or endangerment; according to the Family Law and Cannabis Alliance, some states even apply ‘delivery of drugs’ to minors laws to cases of women using marijuana while breastfeeding.

Bernadette Hoppe, a lawyer in New York who defends parents and represents children in abuse cases, confirmed this. ‘I certainly have cases where the only allegation against the parent is that they were using marijuana,’ she said.

But what about medicinal use? Marijuana has a number of proven health benefits:

Mothers who choose to continue to use marijuana for health purposes while breastfeeding need to weigh the benefits versus possible risks.

Of course, as this article proves, it is not easy to do. In this case, it’s best to consult with your doctor about what is best for both you and baby.

Still confused? So am I.

But until more studies are done or the long-term effects of marijuana use and breast feeding are known, I say better safe, than sorry.

But go ahead, blast that Bob Marley and dance with your baby. I guarantee it will be just as fun. Parenthood is full of natural highs.

Read More
Guidelines on how to safely store your milk.
Read More
21
0
206

Read More
It's not all flowers and sunshine.
Read More
1
0
0