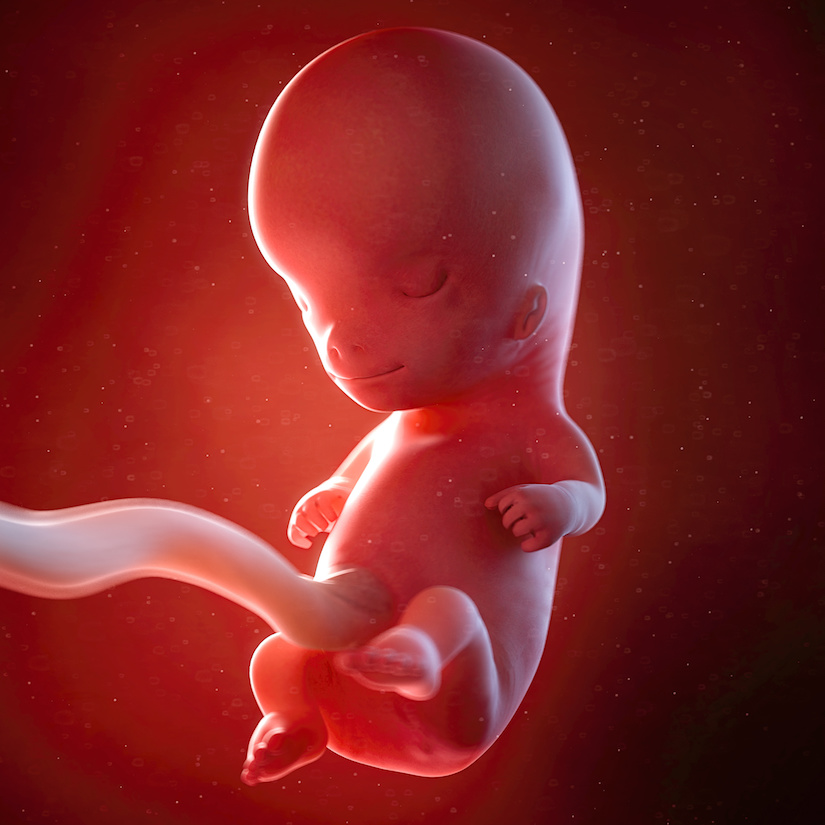 What To Expect When You’re 10 Weeks Pregnant


There is a light at the end of this first-trimester tunnel. And, you’re almost there, mama!

Slowly coming down off the hCG high this week, you might start to feel better all around.

Perfect timing, too, because it’s time to get ready for some significant growth as your baby hits the ground running by transitioning into the fetal phase.

Also, this is the week we can start measuring the weight of your baby. Since there really wasn’t enough weight to measure before, sizing up your little one in length sufficed.

Now that your baby is going to start putting some weight on, we’ll include length and weight in our measurements.

Tips for A Healthy Pregnancy at 10 Weeks

Exercise Safety – Long gone are the days when pregnant women were cautioned against exercising.

With so many myths in circulation, it can be hard to know what’s safe and what’s not. Remember that if you weren’t doing it before pregnancy, don’t start now. And, visa-versa for those fitness queens.

Rather than monitor your heart rate, simply gauge yourself by how well you can talk as you’re exercising.

If you can carry on a normal conversation, then you’re okay. Huffing and puffing or too hot? Stop.

X-rays – It might not yet come as second nature, but there are some things to shy away from during your pregnancy. For instance, it’s common to have x-rays every six months at some dentists, but they can hold off on this until after you give birth.

Although x-rays only have the potential to cause harm, it’s better to play it safe by wearing a lead apron or simply avoiding them altogether. Be sure to let them know that you’re expecting. Most dentist offices are very accommodating.

Heating Blankets – As well as holding off on getting an x-ray, be cautious with heating blankets as well. We all know how inviting it is to feel all warm and cozy underneath one, but they can put your baby at risk.

Since your baby doesn’t regulate his/her own temperature yet, it’s vital for your body to remain at a steady temperature.

This is also why hot tubs and saunas are off limits (as mentioned in previous weeks). So, next time you’re feeling snuggly, reach for a good old-fashioned blanket.

Mixed Feelings – With your first prenatal appointment likely in the books, you might be feeling you’ve just experienced a rite of passage.

Many mothers feel more empowered with each new milestone, so you’re in good company. Also, it’s not uncommon to be feeling conflicting emotions all at the same time.

You might be nervous about your role as a mother or even about giving birth.

It can be hard to feel an emotional connection so early on in pregnancy, too. Many women feel guilty just because of this. It’s normal. You’re normal.

Lean heavily on your circle of support and stay closely connected with your doctor. They can help you navigate this complicated emotional time known as pregnancy.

How Many Months is 10 Weeks?

You’ve been pregnant two months and one week, new mama!

Get excited, because the end of the first and often most challenging trimester is within sight.

A few more weeks and you’ll have this part of pregnancy in the books.

Now that your baby has officially entered the fetal stage, it’s clear that he/she is taking on a more human-like form.

This week the forehead is protruding more because of the amazing brain development taking place inside. The umbilical cord is lengthening to accommodate your growing baby, too.

Like a steam engine, your baby is ready for full steam ahead involving some rapid and dramatic growth in the future.

All organs formed in the embryonic phase are preparing to develop at a quick pace during the rest of your pregnancy.

Your belly is most definitely starting to show some curve at this point. You might not look pregnant to people you meet, but you’ve undoubtedly changed in the past few weeks.

Actually, you’ve probably starting depending on leggings a little more than usual. And, that’s perfectly okay, especially since they’re so versatile.

The fact that you are now the proud owner of a transforming body might be sinking in, too. It’s not uncommon for expecting moms to feel a little intimidated by their new figure.

You might even be concerned with how you will look in the future and whether you’ll still feel attractive.

These are all normal thoughts that can usually be remedied by some window shopping. Go ahead and give yourself an idea of how you will make yourself feel pretty.

10 Weeks Pregnant: Changes in Your Body

Sleep – Unsurprisingly, getting a good night’s sleep during pregnancy might often seem like a dream in itself. Though, having difficulty sleeping isn’t just reserved for later in pregnancy.

It can impact you early on in your pregnancy, as well. With so many hormonal changes in your body, your circadian rhythm can easily be thrown off.

Also, you’re probably up to pee every five seconds, too. Though if you’re experiencing difficulty sleeping night after night then talk with your doctor. You might be missing out on some vital nutrients that help you keep a stable wake/sleep pattern.

Nasal Congestion – Because your body produces more mucus and fluids throughout your entire body during pregnancy, it’s only natural for your nose to experience this, as well.

Nasal congestion is a common pregnancy symptom, and it doesn’t always mean you’re sick. It might mean that you’re pregnant. If you have other symptoms aside from the congestion, then it’s never a bad idea to talk with your doctor.

Stiffness – It’s not uncommon for pregnant women to experience some body stiffness or joint pain. The extra weight is a factor later on in pregnancy, but now it could simply be due to the additional fluid in your body.

Keep in mind that exercise and movement, in general, are going to affect you differently now. Stretching or yoga coupled with the appropriate amount of rest will help you in managing stiffness or joint pain.

Rejuvenated – After your first prenatal appointment, you might be experiencing a second wind of sorts. Although you still might feel fatigued, it’s likely you’ve learned how to manage it better.

Plus, you’re nearing the end of your first trimester, and that alone is enough to feel a rush of energy.

Whenever you feel a special spunk, take advantage of it. The business of growing babies is a tough one, but your body knows when to pump things up a bit.

Carrying twins or multiples, you might be a step ahead of expecting moms carrying a single load. At least, in the growth department.

Most women carrying one baby haven’t quite begun to show just yet. You, on the other hand, might have a nice little swell under your belly button.

What this means is that any advice given to new mamas in the coming weeks, concerning exercising and appropriate activities, you’ll need to take to heart now.

For instance, yogis need to cross a few popular yoga poses off their routine until after pregnancy. No more lying prone or complicated twists. There are modifications to most exercises, so don’t worry about finding an alternative.

Dyanne Harvey is a freelance copywriter from Illinois, covering topics such as insurance, finance, and healthcare. Paused indie musician and proud mama with wanderlust in her heart, she's always on the lookout for her next adventure.