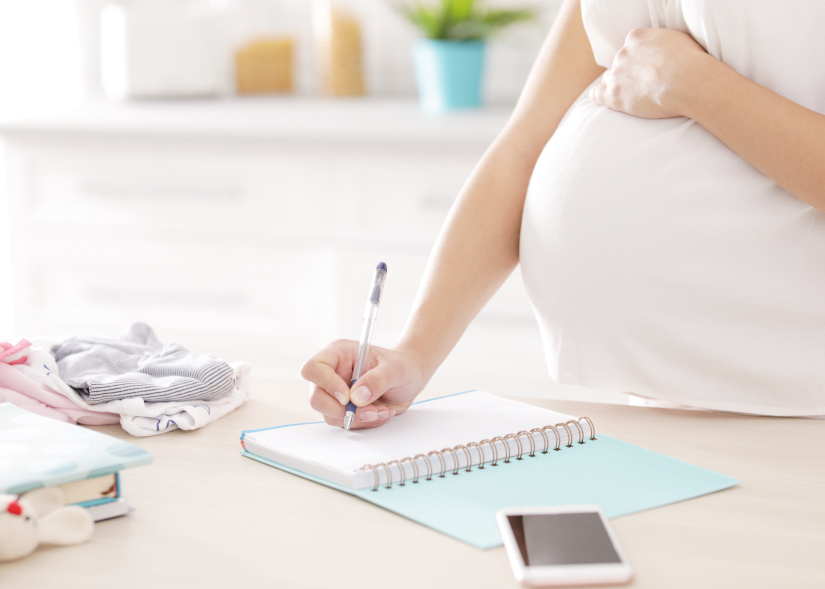 I Had An Epidural, And Here’s What I Want You To Know About It

There is nothing on earth I am more afraid of than needles.

My fear is slightly on the irrational side, and it is deep-rooted: the four-year-old version of me kicked a doctor and had to be held down by several nurses to receive a routine vaccination.

I realize there are few people who like needles, but I would honestly rather break a bone than get a flu shot.

So when confronted with the choice of whether to get an epidural during my daughter’s delivery, all I could imagine was a horse tranquilizer needle being jammed into my spine (along with an array of horrific side effects that you could only see in an episode of “House”.)

I had avoided doing much research on having an epidural for one reason, and one reason only: I’m a giant wuss. Just watching a video on how they perform an epidural still makes me want to crawl out of my skin.

Maybe your fear is not so much the about the needles: you may be worried that with medication, you won’t get the full birth experience.  You may not like the idea of anesthesia or the potential of side effects.

Don’t make the same mistake I did, and go into the delivery room completely unprepared.  If you are going to have an epidural, you should know as much as you can about the risks – and what you shouldn’t worry so much about.

The word “epidural” refers to three types of procedures used for pain relief during labor: the epidural block, spinal block, and combined spinal-epidural anesthesia (or CSE).  “Epidural” also describes the space around your spine where the medication is injected.

Epidurals are the most well known and widely used forms of pain relief:  according to the CDC, around 61% of American women choose to have an epidural during childbirth.  It is usually given when a woman is approximately 4-5 centimeters dilated.

The CSE, or “walking epidural”, is becoming increasingly popular. Since it uses the least amount of medication, it is safer and more efficient than an epidural or spinal alone. There are typically three types of local anesthetics used: bupivacaine, chloroprocaine, and lidocaine.  These are usually combined with an opioid or narcotic, so less of a dosage of anesthesia is needed.

Though epidurals are regularly used in C-sections as well as in repairing episiotomies, the epidural is a very common method of pain relief used during and after many other types of surgeries as well.

While it is the most common method of pain relief during childbirth, there are a few instances when an epidural cannot be given:

What Could Go Wrong?

As with any form of anesthesia, there are potential side effects and risks.  Since procedures vary between different hospitals, make sure to check with your doctor beforehand to find out what type of epidural and medication you’ll be given.

The most common side effect of an epidural is a sudden drop in your blood pressure. To make sure there is enough blood flow for your baby, your blood pressure will be monitored throughout and after having the epidural.  If a blood pressure drop does happen, it is treatable; a combination of IV fluids, medication, and oxygen may be used.

Other possible (but temporary) side effects include:

In rare cases, you could get what is known as a “spinal headache”: a severe headache resulting from medicine leaking into your spinal fluid.  Even more rare possibilities include nerve damage, infection at the injection site, slowed breathing, seizures, or even death.

Don’t let any of these possibilities send you running away from relief, however: according to a U.K. study, you have about a 1 in 80,000 chance of suffering permanent damage from having an epidural.  Since you have more of a chance of winning big on a scratch-off ticket than something going wrong, don’t worry too much that a serious complication will occur.

Why I Changed My Mind:

I told myself I was going to “tough it out” and deliver my baby without any help from drugs – but that’s easy to say before you’re actually in labor.

What wasn’t easy was seeing how scared my husband was after seeing me in the worst pain I’ve ever felt for 9 hours.

While I still wasn’t really into the whole “shot in the back” thing, I decided it was going to make things better for everybody if I quit being so stubborn.  I can never thank my nurse enough for these words: “You don’t get a ribbon from the hospital if you deliver without an epidural.” After 9 hours of trying to avoid it, I made what was literally a painful decision – and found out it wasn’t anywhere near as bad as I thought it’d be.

A few things I learned from my experience:

Here’s how the whole thing will go down: An IV should be administered 1-2 hours before active labor begins, and is always used during an epidural to deliver medication as needed.

Sometimes, you won’t be able to go with your original birth plan – and that’s okay!  I thought I would be way more disappointed in myself that I had “help” with delivering Maxine, but I don’t regret my choice at all.

My husband said my whole demeanor was like “night and day” before and after having the epidural; it made everything so much easier.  I was able to focus less on the pain and more on pushing.

I don’t feel at all like I “missed out” on any part of the birthing experience: since I avoided the worst parts of it (by not experiencing the worst of the pain), I got to experience the best parts of it.  My husband and I were even joking around by the time they were sewing me up.

Don’t worry about “not being tough enough,” either.  I found out through my experience that having an epidural is no reflection on your character (or your ability to withstand pain).  Nobody will judge you for choosing not to suffer.

Natalia is a first-time mom and works in Visual Sales at The Container Store. When she is not enjoying the outdoors in her beautiful new home of Oregon with her family (husband/soulmate, Matthew, Baby Maxine, and Oy the Sugar Glider), Natalia is an aspiring artist and avid (video)gamer.