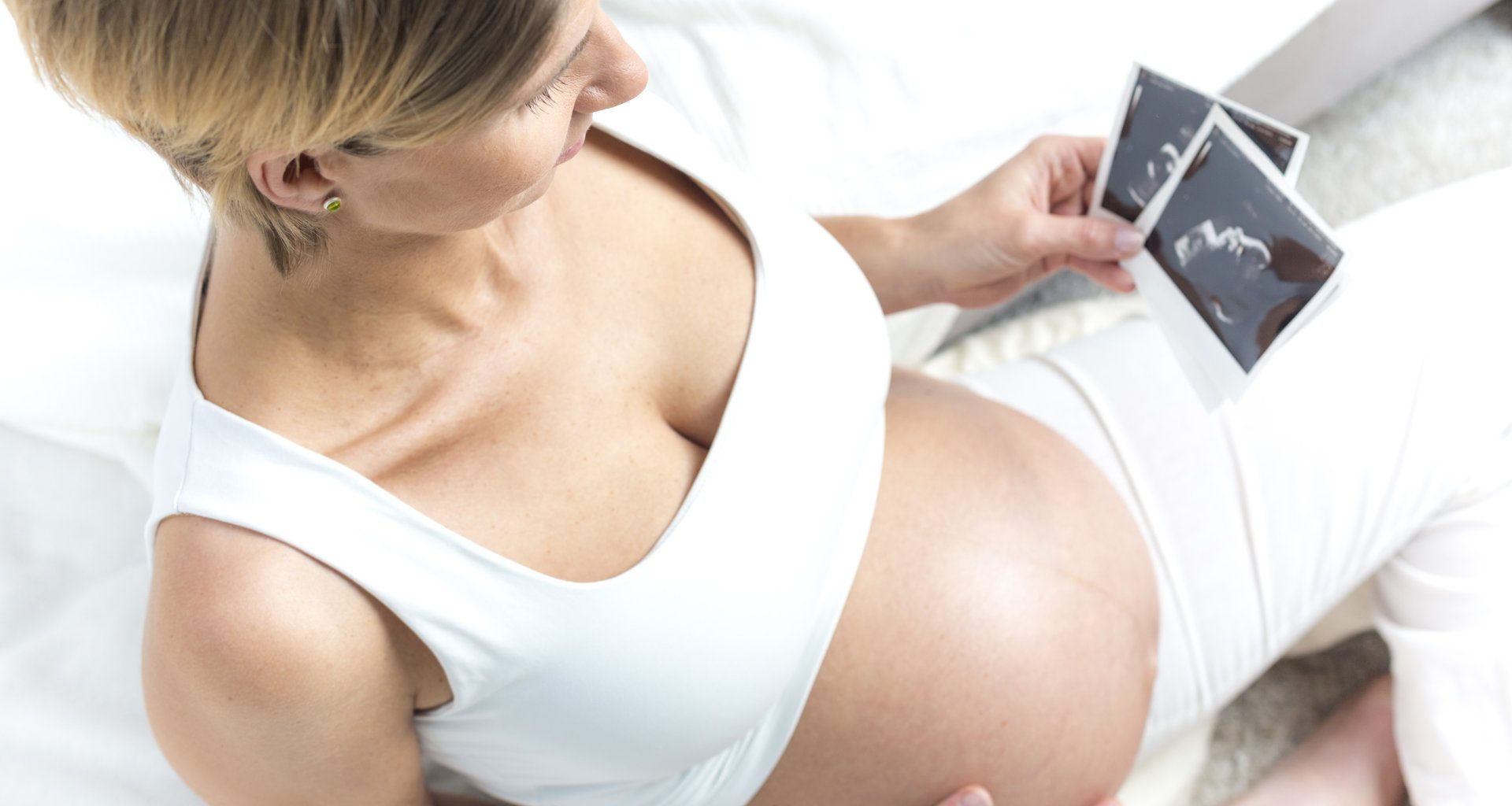 Linea Nigra: Or, What Is This Dark Line On My Pregnant Belly?!

One of the body changes that fascinated me during my pregnancy was the dark line that appeared on my huge belly.

Just like many new moms-to-be nowadays, online research was my trusted source and the term Linea nigra came up. Linea nigra is a Latin term that literally means “black line”.

Wikipedia defines linea nigra as a dark vertical line that appears on the abdomen in about three quarters of all pregnancies. It runs from the pubis to the navel.

In my case, the linea nigra runs to the top of the abdomen, just below the breasts. It became more apparent during the last trimester when it became darker (not really black but dark brown) and wider, about a centimeter wide.

I wondered: why did it become darker? Will it ever disappear?

To help calm the nervous state of mind of the moms-to-be, I created this Ultimate Guide to Linea Nigra which are based from my research and personal experiences.

Busting some myths about Linea Nigra

Let us start by separating facts about linea nigra from fiction.

Fact: Linea Nigra can appear, pregnant or not.

This may seem to be a surprise but this is a fact, ladies! The line was always there even before pregnancy, it just became darker due to the hormonal changes in our body.

I had always been aware of that line from my pubis to the abdomen but it was barely noticeable. It is actually called Linea Alba or white line.

Linea nigra can appear due to the increase of melanin from the high levels of estrogen during pregnancy. A woman with over-production of melanin, even though not pregnant, will notice the appearance of Linea nigra.

The increase in melanin can be attributed to several factors such as being on birth control and other conditions.

Although women of Asian, African, Hispanic and Indian ethnicity show more noticeable linea nigra during pregnancy, even fair skinned women can have it.

But the color can, indeed, vary from light to very dark, depending on the skin color. I am Asian and my linea nigra was dark brown.

Linea nigra may seem unsightly to some, but there is no need to worry since it isn’t harmful to pregnant women.

However, if not pregnant, not taking birth control pills and you don’t’ know why you have it, it is recommended to consult your doctor.

Fiction: Your baby is a boy if the linea nigra extends from your pubis to the ribcage and a girl if it stops at your navel.

I personally attest that this is just an old wives’ tale. As I mentioned, my line nigra extended just below the breasts and guess what is my baby’s gender? I have an adorable baby girl.

How do I get rid of Linea Nigra?

Linea nigra disappears several months after giving birth. Mine faded after 3 months while my sister’s linea nigra stayed up to a year. She wasn’t so pleased with that.

Linea nigra may look unsightly to some so here are some helpful tips to reduce its discoloration:

Cover up your belly and needless to say, use sun block whenever needed. Too much sun exposure can make the line go darker.

I came across an article entitled Pregnancy and Skin published in the US National Health Institute that mentions a hypothesis that folic acid reduces the formation of linea nigra.

When I was trying to conceive and all through my pregnancy, I took folic acid religiously.

I believe that this was a factor why my linea nigra appeared at a later part of my pregnancy. It wasn’t even as discolored as I expected it to be since I am dark skinned.

Other pregnant women claimed that their lines darken as early as 15 weeks. Linea nigra or not, maintain a healthy diet by eating food rich in folic acid such as green leafy vegetables.

Keeping your belly moisturized will minimize the discoloration of linea nigra. I used coconut oil on my baby bump as it grew.

To get rid of my linea nigra after I gave birth, I applied coconut oil on my belly and rubbed the line with cotton balls.

Being pregnant is an amazing journey. Linea nigra is one of the changes in our body that we cannot prevent.

It will not affect the baby and it will gradually fade after giving birth. Instead of being too concerned about it, linea nigra is a pregnancy trademark we can wear with pride.