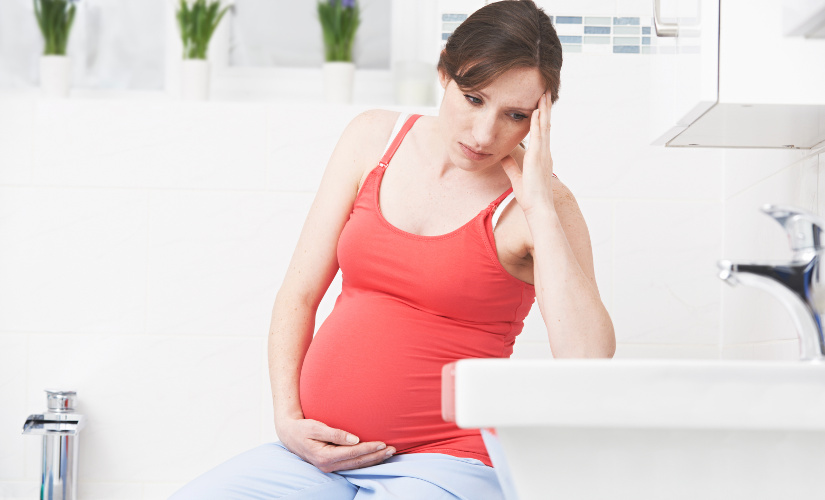 When Does Morning Sickness Start and End?

Morning sickness. It must be the most well-known and dreaded pregnancy symptom. Well, that and those bizarre cravings for pickles.

It’s also the most poorly named condition I’ve ever come across. Morning sickness? More like “morning, noon and night” sickness (no, I’m not bitter).

Almost everyone will experience it during their pregnancy. And it sucks. But it won’t last forever.

When Does It Start, and Stop?

Before I start, I should put a disclaimer on this timeline: everyone is different. My younger sister didn’t have any morning sickness (lucky duck). My older sister was sick the entire time (yikes!). As for me, I fell somewhere in the middle.

So, don’t take this as gospel, but I think it’s a pretty good guideline for the majority of women.According to americanpregnancy.org, morning sickness usually starts around the 6th week of pregnancy and it generally ends around the 12th.

Basically, it will stick around your entire first trimester, which is not surprising: your body is going through a lot of changes! And, as with any change, there’s bound to be an adjustment period.

While the science is not settled, according to Medical News Today some of the culprits behind morning sickness are:

What can you do?

So, you’re pregnant and you’ve got a bad case of morning, noon and night sickness. What can you do to alleviate it? While there’s no sure-fire solution, here are some safe ways to ease the nausea:

If none of these help, my advice would be to eat something that doesn’t taste absolutely disgusting the second time around. For me, that was Cheerios- I could handle that coming up again.

But I couldn’t handle cinnamon a second time, so I tried to avoid it. And, FYI, Doritos are probably the worst thing in the world to throw up ever. Avoid. Do not eat! You’ve been warned.

You may find your morning sickness goes from being merely annoying to being seriously concerning. Go see your doctor if:

Having morning sickness can make you miserable, and you probably don’t want to hear it, but: you’re not alone. And you’re not the first. Plenty or women are going through or have gone through the same thing. If you didn’t find any helpful tips here, ask around. You’re sure to get plenty of advice- some helpful, some not. Find what works for you.

Morning sickness is just a fact of life when you’re pregnant. And, take heart, it’s also a good sign. Studies indicate that morning sickness can be a sign of a healthy pregnancy, with lower rates of miscarriages and stillbirths, compared with pregnancies with no nausea or vomiting.

So, stiff upper lip, ladies. Keep calm and carry on. You’ll get through this- it doesn’t last forever. And, from what I’m told, it’s all worth it in the end.