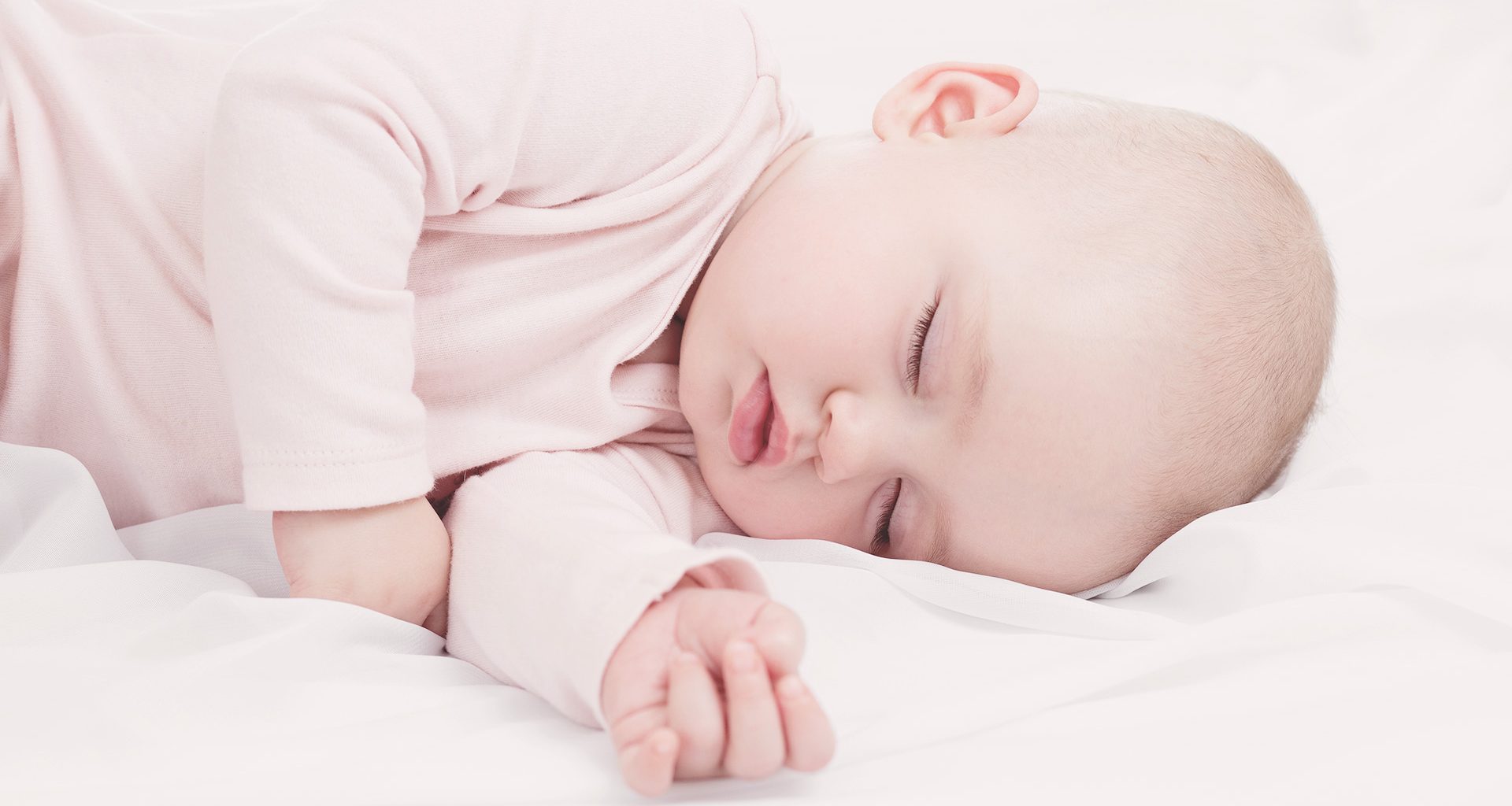 The Best White Noise Sound Machine For Babies (And Their Benefits)

Getting our babies to sleep through the night is priceless. Sometimes that’s all we want in the world! It’s too bad that it’s not always easy; babies are very fickle and the slightest thing can make the difference between them being able to sleep or not.

A sound machine can be incredibly soothing and a wonderful sleep aid for babies. Have you ever put a fan on at night and realized how nice the sound was to fall asleep to? It’s the same thing for babies, and sometimes it’s like a miracle machine to get them to sleep well!

A 1990 study found that white noise could be beneficial to sleep. A group of 40 newborns were involved in the study; half were subjected to white noise, and half weren’t.

The Marpac DOHM-DS (buy it on Amazon) is not specifically geared toward babies but works just as wonderfully for the purpose.

Unlike a lot of other sound machines, this one doesn’t playback any recordings. It has an actual fan built into it and emits a nice “woosh” sound without any kind of rattling or other noises.

It’s just a calm, white noise sound. This means there is no time limit or anything like that; it will make the sound as long as you have it turned on.

While it does have a fan inside, rest assured that it doesn’t actually blow air, so it’s not going to make them cold. The switch has both a “high” and “low” setting, and then more detailed settings so you can choose the exact speed and tone of the sound you want.

The machine covers up noises from outside the room, so you don’t have to worry quite as much about making noise and waking baby up, which is personally my favorite benefit of having one of these machines.

Now, it’s not the most attractive looking machine, but does that really matter? There are cuter ones that look nicer in nurseries, but this one works really well and gets the job done. Since it looks the way it does, you can also use it yourself once your baby no longer needs it; it’s incredibly soothing and a great sleep aid even for parents!

Now these guys are cute! The Cloud B Sleep Sheep (buy it on Amazon) is a combination sound machine and plush stuffed animal, and they look super adorable in any nursery.

There are several versions: a bunny, fox, giraffe, monkey and sheep. My favorite is personally the sheep, but the other ones are also really cute.

It plays a total of 8 different sounds, ranging from little songs to something that mimics mommy’s heartbeat. I don’t know what it is about this little guy, but babies love it, and they also seem to love it even just as a toy!

You can set it to play for either 23 or 45 minutes straight and then it turns off. I sometimes wish it could play longer than that, but 45 minutes is usually more than enough to have them sound asleep.

It takes 2 AA batteries (which are included) and they last a good while, but I’d recommend getting some rechargeable batteries to go along with it. You also might be wondering if it’s washable, and surprisingly the answer is yes! You can put it straight into the washing machine and it shouldn’t harm it at all. Bonus!

There’s a velcro loop on the back so you can attach it to the crib if you prefer, or even to a stroller or anywhere else that it fits. Since the toy is super cute, you’ll probably end up bringing it everywhere with you anyway!

Such an adorable sound machine is refreshing when you consider how big, bulky and ugly some of the other ones are. I love it!

So, what exactly is white noise?

That doesn’t give you a very good picture of what it sounds like, so think about this comparison.

Imagine being in a crowded coffee shop. You can pick out and identify individual voices and noises in the mix.

But then think about the noise at a crowded stadium. No longer can you pick out the single voices in the crowd, but they all combine into one sound that sounds more like a roar.

The idea behind white noise is similar. If you were to pick out a single particular frequency, the sound it makes would probably not be at all soothing. But when they’re all combined, it creates the hushing/hissing sound.

How does it help as a sleep aid?

There are several ways that white noise can aid sleep for adults and babies alike.

It blocks out disturbing noises. More than likely your nursery isn’t exactly soundproof. There might be car noises outside, the clinking and clanking of dishware around the house, and the voices of other family members talking. White noise can mask these sounds.

It keeps the brain busy. Another theory behind why white noise helps sleep is that it keeps your brain busy. If there’s a sudden noise in the middle of the night, that can cause the brain to become excited and wake you up.

However, if you have the constant sound of white noise playing, that keeps your brain engaged and can make sudden noises no bother at all.

It can prevent SIDS. A 2008 study came to the conclusion that running a fan during infant’s sleep can provide a 72% reduction in the risk of SIDS. If the baby was sleeping in a hot room or on their stomach (both of which are risk factors for SIDS) the reduction was even higher.

They’re not sure why it helps, but it does.

Potential risks associated with these machine.

You may have come across the 2014 report by the American Academy of Pediatrics on their research into white noise sound machines.

In this report, they tested 14 different white noise machines and found that all of them exceeded the recommended noise level of 50 decibels. The stated risks of this are potentially both hearing damage and delayed language and speech development.

This is enough to scare any parent.

Based on this study, they recommended putting the sound machine at least 7 feet (or 2 meters) away from baby, and reducing the volume.

Developing a dependence on white noise.

Another concern I’ve heard about is that your infant might develop a dependence on hearing white noise to sleep.

Normally, this wouldn’t be a problem, but if there ends up being a situation where baby has to sleep away from home without the machine, it’s possible they’ll have trouble sleeping.

I’m not sure if this is an actual problem or not. It’s hard to tell whether or not the children actually developed an “addiction” to the sound of white noise, or if it was just helping them so much in the first place that it seems like they’re worse off without it.

Regardless, it’s something you should know about.

Other alternatives to white noise machines.

If you don’t feel like spending the extra money on a sound machine, you can always go the DIY route and use an old fan.

They basically perform the same function and you might have one around the house that you no longer use. If it’s still in good working condition, why not give it a try?

The only important thing to remember if you try this is to make sure the fan isn’t blowing on them.

A humidifier can also work.

If you use a humidifier in your nursery, it’s possible that it emits white noise and can double as both a humidifier and sound machine. If this sounds like something you’d be interested in, be sure to read our guide on nursery humidifiers. Our top recommendation works wonderfully as a white noise machine.