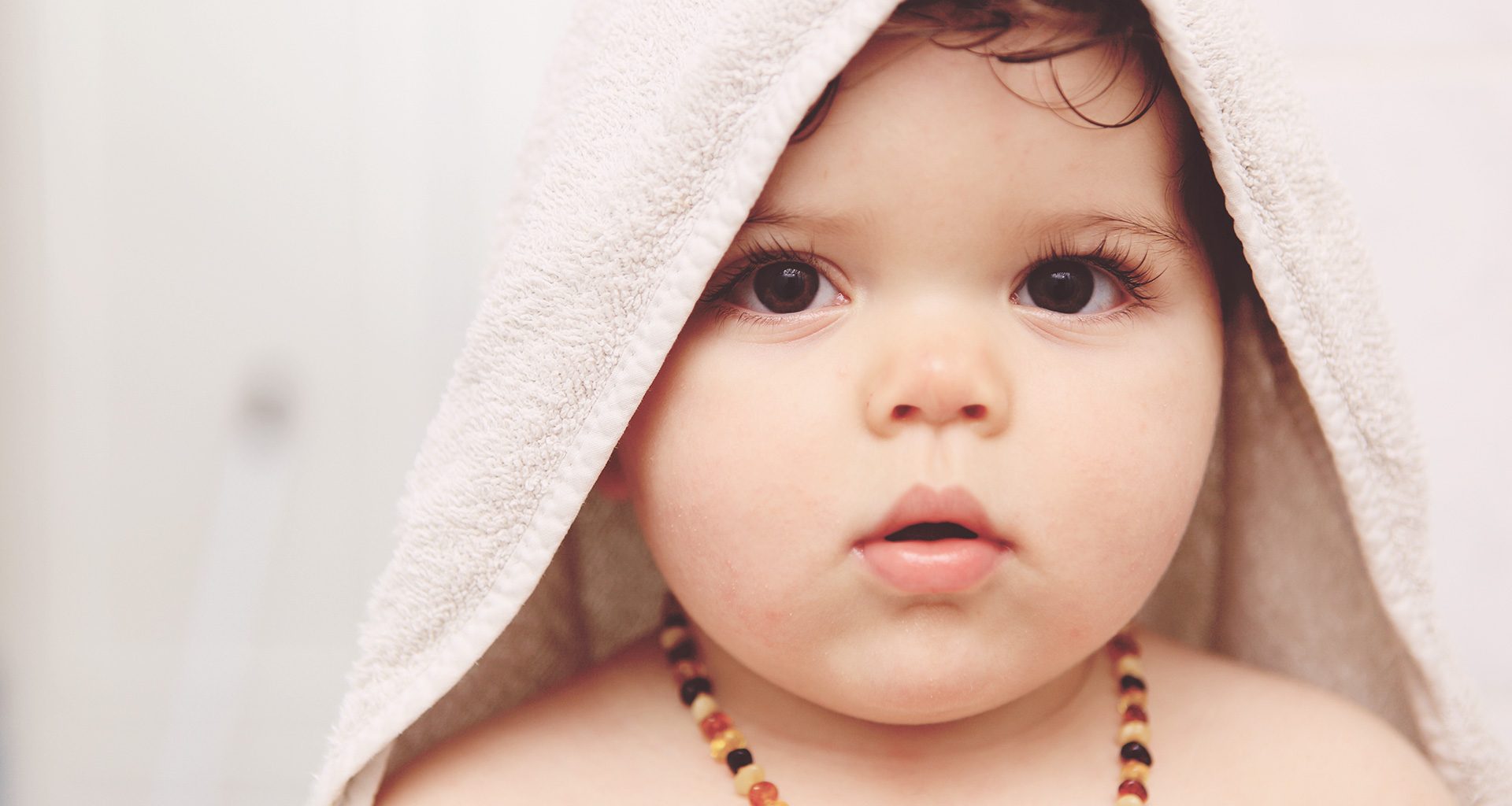 Why Incredibly Dangerous Amber Teething Necklaces Should Be Banned

They’re the latest craze in the crunchy mama circles.

You may have heard of them: magical necklaces that are supposed to relieve teething pain and make it all-around a more tolerable experience.

Supermodel Gisele Bündchen posted a photo to her Instagram showing her son wearing a teething necklace, generating a storm of comments and attention.

Do they work? Let me get that out of the way first: no, they don’t work.

And worse than that, they’re dangerous.

Let me get one thing clear: I’m not here to judge. If you feel that these necklaces make a difference and you use them safely and supervise at all times, then go right ahead.

I get that moms want to keep everything as natural as possible, and I’m with you there. I recommend only natural bug sprays and sun blocks, and I’m a huge proponent of making your own baby food and using cloth diapers.

But I just don’t think that Baltic amber teething necklaces are a solution. Or a good idea.

They don’t do anything.

First things first: there are absolutely no studies that prove that these necklaces do anything at all. They’re not supported by modern science.

The way they’re supposed to work is by the Succinic Acid contained in the amber. When placed against the skin, the acid is supposed to be absorbed into the blood stream, giving a natural pain killing effect.

Sounds good, right? Much better than feeding them toxins like Tylenol or other medications.

But does that make any sense at all?

Here are the facts:

A child has died because of these necklaces.

I am so saddened to tell you that a little boy has died because of his amber teething necklace.

On October 5th, 2016, Deacon Morin, an 18-month-old toddler was dropped off at preschool with his amber teething necklace. During his naptime, he was strangled to death by the teething necklace he was wearing.

He was rushed to the hospital and put on life support, but it was already too late.

Please help me spread the word about how awful these necklaces are!

I came across this news article about a toddler, Ellie. She was found by her mom, sound asleep, and she’d somehow managed to get her arm up through the necklace, twisting it into a figure-8 against her neck.

Ellie was fine, but if the necklace was positioned slightly different, she could have easily choked to death.

This is no joke.

In 2010, Health Canada, the country’s federal department of public health, issued a warning about these necklaces, citing the risk of strangulation.

They recommend not using jewelery of any type, including teething necklaces, on a child under 3 years of age.

Just recently, in 2015, Ireland warned against the use of amber teething necklaces, again citing the risk of choking and strangulation. It’s hard to find information on it, but judging by the warning, they’re being removed from sale completely.

Looking for studies on these necklaces on MEDLINE and PUBMED turned up only one result, a survey taken in southern France of 48 families who used these teething necklaces.

CONCLUSION: Putting necklaces on young children is dangerous. This risk must be diffused by all professionals working with small children in order to stop any publicity or sale of this ineffective product implicated in infant deaths by strangulation.

Unfortunately, many of the families in the study who were informed of the strangulation hazard preferred to continue to use them because of their irrational fear of seeing their child in distress. This is the same kind of irrational fear that causes parents to avoid vaccinations, opening them up to diseases that were all but wiped out hundreds of years ago.

But that’s another article for another time.

“But the beads are individually tied.”

I’ve seen some moms use the argument that because the beads are individually tied, even if the necklace breaks, only one bead will fall off.

Which is generally true.

But even a single bead is a choking hazard. All it takes is a single small object to cause a child to choke to death. Choking is one of the leading causes of death for children under the age of 3.

Why do people believe they work?

Let me just say that I don’t blame people for giving their children amber teething necklaces.

They make you feel like you’re doing something as a parent to help your cranky teething child. You’re not just sitting there listening to them cry, but you’ve bought something (that wasn’t exactly cheap) and put it around their neck.

Not only that, but if you look online for information on these necklaces, you’ll be bombarded by claims of the amazing healing and analgesic properties of Baltic amber, citing its centuries of use.

The ancient people must have been onto something, right?

The thing is, our understanding of the world back then was hilariously inaccurate. Let’s not forget that it wasn’t so long ago that people believed the world was flat.

People used to also believe that the positions of the moon and stars had an effect on the inner workings of the human body. By the late 1500s, European physicians were required by law to calculate the location of the moon before performing surgery.

Amber teething necklaces also appeal because they’re natural. Amber is natural, so it’s preferable to use over Aspirin or topical teething gels.

Let me be clear: I don’t condone using drugs to treat teething pains, and no medical professional would recommend it either.

But I think it’s ridiculous to assert that all man-made chemical medications are dangerous, but anything natural is perfectly fine.

I do find it slightly odd that modern parents will bend over backwards to avoid GMOs and pesticides, eat only all-natural foods and use only organic baby clothing and mattresses, but are perfectly fine with using a necklace that supposedly delivers a constant stream of natural chemical into their child’s bloodstream.

It’s awful seeing your child suffer because of teething. But teething necklaces aren’t the solution.

Here are some alternatives that can help your child deal with this troubling (but important!) milestone:

Are You a New Parent or Parent-To-Be?

If you’re going to have a new baby coming into the house soon, I highly recommend getting a copy of my free eBook: “57 Ways To Save Money As New Parents“!

It’s full of great ways to save money and it’s totally free.

If you’re interested, you can get your copy below!

Read More
A properly-fitting life jacket could save your child's life this summer.
Read More
0
0
0