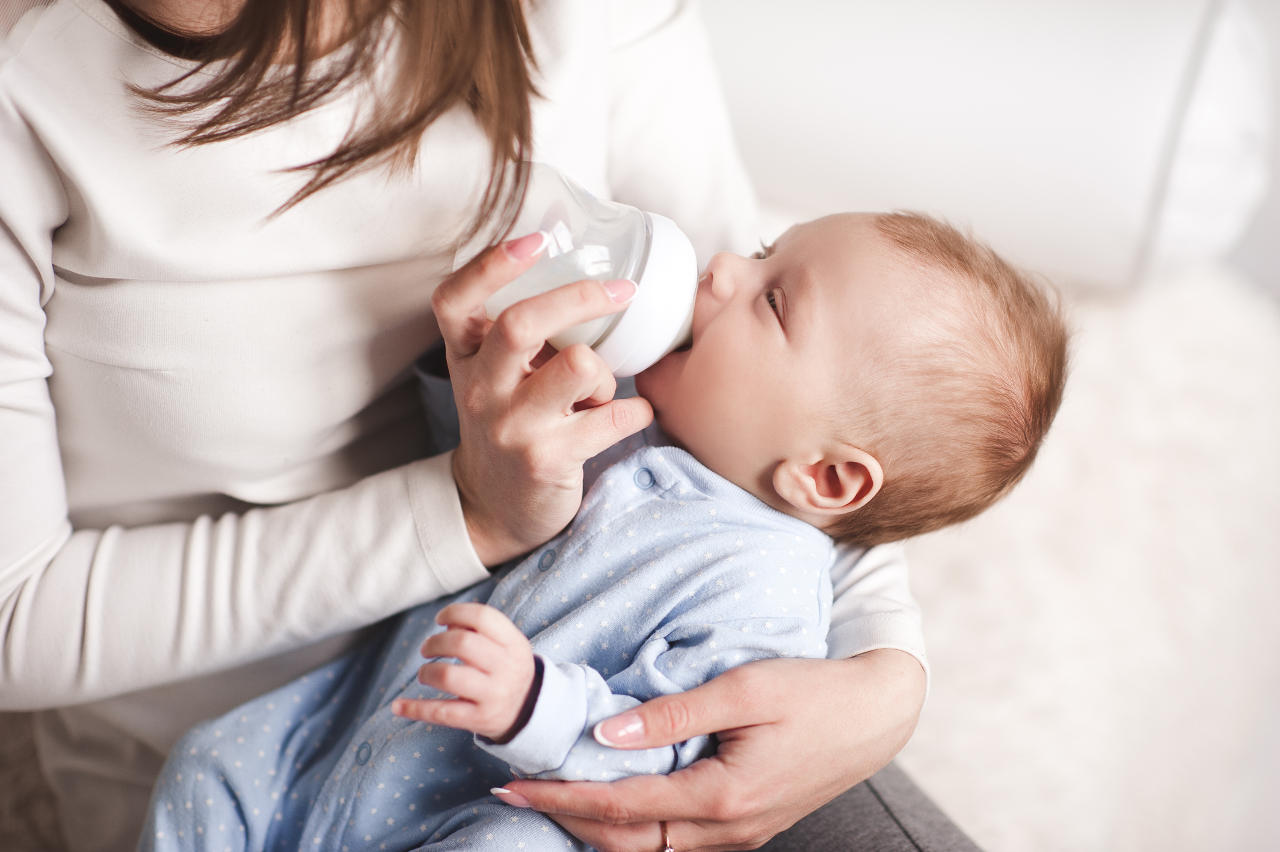 Why All Moms Should Try Paced Bottle Feeding

Have you ever had someone give you their advice on feeding?

That was a trick question because of course, all parents have received some well-intentioned advice on THAT subject!

“Paced feeding” is a way of bottle feeding your baby that feels like breast feeding.  It is ideal for mothers who breast feed but sometimes may need to switch to using a bottle of expressed milk.

But its also a great technique for any parent using a bottle, whether it’s for formula or breast milk.

Read on to find out why…

So What Is It?

The clue is in the name – paced feeding goes at a slow and steady rate, by allowing your baby to control how fast they drink as they do during breastfeeding.

Giving baby control of how fast the milk flows is essential for both physical and psychological reasons.

The other element of paced bottle feeding is about the amount that baby eats during each feeding session.

Using this technique is an excellent way to make sure they eat the right amount.  Over or underfeeding has caused many a sleepless night for us parents so I’m sure that’s something you’d like to rule out!

How Does It Work?

Work, Baby, Work! – Instead of laying your loved one flat and giving them the bottle by tipping it into their mouth, you sit them up on your lap, and you hold the bottle horizontally.

Using a bottle with a “slow flow” type nipple will also help tremendously.

With your cherub in an upright position, gravity is not forcing the milk into their mouth. Instead, they have to suck and work at the nipple to get it out.

The feed will take longer but will be a much more pleasant experience all around – your baby is controlling the flow as opposed to being force fed!

Time Out – There should be regular intervals where you stop and remove the nipple. Babies do this by themselves during breastfeeding, so why wouldn’t we allow them the same break during a bottle feed?

Gently twisting the nipple in the mouth will break the seal. When they get really good, they will learn to take these breaks on their own.

The added advantage to this is that you can burp them and remove any built-up air.  We don’t want to deal with that being trapped later on!

I’m Full! – The final and crucial component of this type of feeding is to stop once your bundle of joy has had enough.

When the baby is breaking off, pushing the nipple away, gasping or coughing, you know its time to stop.

A baby will not “over-eat” if you recognize the signs of them being full already.  With paced feeding, they are driving the bus, so there is no risk of continuing to pour milk into their mouths when they don’t need it.

Sometimes parents feed their little ones so fast with the regular bottle feeds, that the baby is actually full but the brain hasn’t yet received the message for them to start pushing away.

Why Should I Use This Technique?

Paced feeding has benefits for both breast fed and formula fed babies. If you’re using a bottle at all during feeds, which most parents are at some point, then read on to discover the reasons why it might be your new best friend.

Here’s a few quick tips on how to maximize the similarities between your breast feeds and your bottle feeds.  You can thank me later:

With a formula fed baby you are not necessarily trying to imitate breast feeding, but you still want to use the method to provide the above listed benefits: